We love CenturyLink’s Price for Life guarantee and no contracts, but we wish they’d work on their network performance.

The internet service provider’s (ISP) best selling points? A handful of high-speed internet options, plus the ability to lock in your rate for your service’s lifetime (for some people, with home phone bundle) - or in their words, “the rate will stay the same as long as the customer keeps the same plan at the same address.”

CenturyLink also boasts an impressive fiber-optic connection plan. But while CenturyLink claims some impressively fast speeds, especially if you live somewhere with access to their fiber plan, do they actually live up to those claims?

So how does their performance and pricing compare to cable internet, like Xfinity? Let’s dive into what we found.

*Speed may not be available in your area. Rates exclude taxes. Additional fees apply.

With CenturyLink, you get a variety of plans to choose from, including a fiber-optic plan – although that latter isn’t true fiber, as we’ll talk about soon.

For the first few options, you get prices ranging from as little as up to 10Mbps to as much as up to 100Mbps. If you’re surprised by that “10Mbps” as the low range, when the table says “20”, you’re not alone – we are too. We found conflicting information on what the lowest-tier for data speed actually was.

But since all the plans come with the caveat of “up to [XYZ speed]”, we figure that the 20Mbps plan must be designed as such, but depending on your area - as with all ISPs - the low end of what’s actually available is probably about 10Mbps.

That aside, CenturyLink’s middle-tier internet plan gives you up to 80Mbps for just $55 a month. For comparison, Xfinity gives you 60Mbps for around $34.99 a month.

So CenturyLink will give you a little more for your money, justifying the price.

Depending on where you live, some of these plans may qualify for CenturyLink’s “Price for Life” guarantee. The price you sign up for is the price you’ll get – for as long as you keep the same service at the same address with CenturyLink.

Since prices are somewhat middling for the speeds you get, if you live in a region where CenturyLink’s fiber internet plan is an option - go with it.

Fiber optic provides faster download speeds (the speed we typically look at), but also has symmetrical upload speeds – which with cable and DSL tend to be drastically lower (think 3Mbps upload speed on a 20Mbps download plan).

CenturyLink’s Fiber Gigabit offers symmetrical download/upload speeds of up to 940Mbps (just under 1Gbps) via a wired ethernet connection. There are some faster speed available from other provider’s though – Xfinity’s 1Gbps (1000Mbps) and 2Gbps plans come to mind.

Check to see if CenturyLink’s Fiber internet is available in your city here.

Just about every ISP has a data limit of some sort: whether it be in the hundreds of gigabytes, or thousands, or all the way up to 1TB (1000GB) – it’s a fact of life. Only Frontier has truly unlimited as standard, and several other ISPs offer upgrades for an additional cost.

CenturyLink is in the 1TB weight class, which we think is plenty for nearly everybody. And while most other ISPs will charge your or slow down your speeds for exceeding this limit, CenturyLink doesn’t have a hard-and-fast rule on this.

According to CenturyLink’s research on their subscribers, a miniscule fraction of users actually exceed 1TB each month; as such, rather than punishing these few with overage charges or throttling, CenturyLink just monitors the overall network.

If the network gets congested, CenturyLink slows down excessive users first (i.e. those who went over 1TB).

Sounds pretty fair to us.

CenturyLink doesn’t do contracts, so no worries about cancellation fees if you ever want to leave. But CenturyLink has another sneaky (albeit good-sneaky) way they get people to stick around: the Price for Life deal.

Here’s how it works.

All you have to do is bundle your internet with a home phone line service and your price is locked in for as long you keep continuous service with CenturyLink. Easy.

So fast-forward a few years, and CenturyLink’s prices have stayed the same – while your bro with Xfinity has seen his double.

That said, there are a few fees to watch out for, but they’re minor: 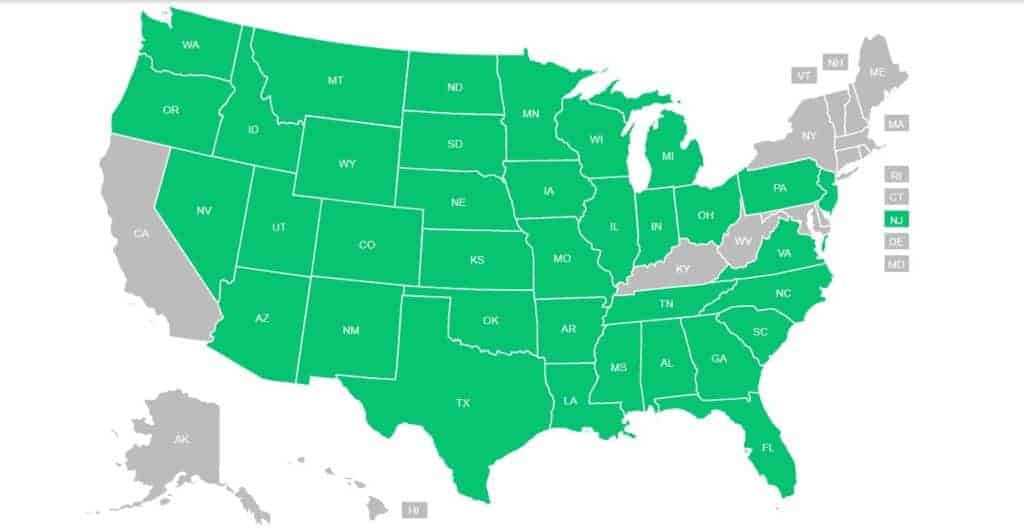 CenturyLink service utilizes existing telephone lines to reach deeper into rural regions of the United States than cable and fiber options are able to.

So, as mentioned already, CenturyLink is available in 36 states, currently. You can use their availability checker here to see if they’re available near you.

Speed-wise, the FCC reports that CenturyLink’s actual performance comes in a little under what they advertise – but it’s important to note that the FCC takes a specific sample of individuals, not everyone. 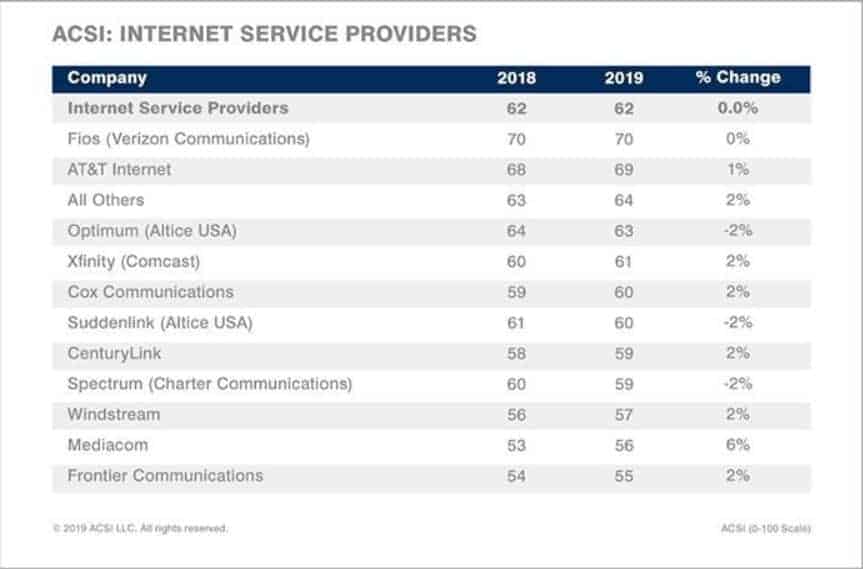 Everybody knows that the telecommunications industry as a whole – that includes internet service – has pretty bad customer support ratings. Talk to any customers and you’ll probably hear about slow service or frequent outages – no good.

But that said, the latest ACSI report placed them in 7th place, well behind big names like Verizon Fios, AT&T Internet, and Comcast Xfinity.

Although initially higher than some other options, CenturyLink gives decent high speed internet while maintaining their price – for the customer who stick around for a few years. Providers go, if CenturyLink is in your area, you probably won’t see other options like AT&T Internet – so they may be your only option.

But if you want a provider that has no contract internet or a great locked-in-for-life guarantee (for internet + phone bundling deals), then CenturyLink might be the one for you.

Is CenturyLink available in my area?

With service in 36 states that reaches into rural areas outside of cable availability, chances are high. That said, the areas most heavily served are the Eastern seaboard, the Midwest, and the Pacific Northwest.

So that includes states like Utah (including Salt Lake City) and Seattle, as well as Arizona and Florida.

You can use their availability checker to find out if they’re in your area.

What’s the difference between CenturyLink and cable internet?

CenturyLink uses copper telephone wires to transmit data to and from your devices and the internet server. Unlike old-school dialup, these signals travel on a different frequency than your landline phone, so no need to do just one or the other anymore.

By contrast, cable internet travels by underground copper coaxial cables. Because it’s underground, it tends to be limited to city, metro, and nearby suburban areas.

Is cable better than CenturyLink?

When it comes to a contest of pure speed – yes, cable tends to be better. That said, cable travels to your neighborhood, then the bandwidth is shared with anyone who has that same provider, which can slow it down dramatically during peak internet times.

DSL does not have that restriction. So, which one is better depends on a few things:

Does CenturyLink offer any deals?