Home Internet What Happened to theGlobe.com?

Before Facebook.com and before we have some of the most-notable ISPs at our disposal, there were plenty of social media sites that may not have had as much attention as Facebook but did at least made it in the spotlights. One of these pioneering social media sites was theGlobe.com, which was spearheaded by two Cornell University undergraduates Stephan Paternot and Todd Krizelman.

So, exactly what happened to theGlobe.com then, and where is it now? 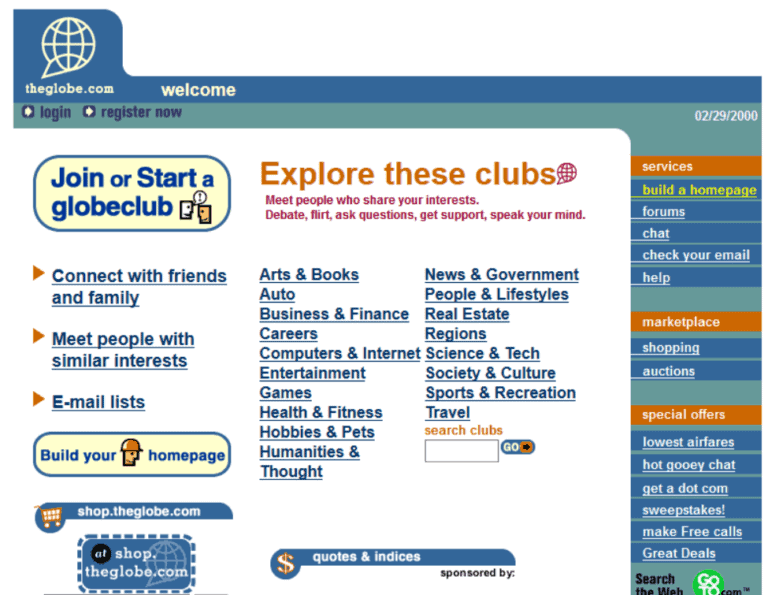 Incorporated in 1995, theGlobe.com was created as an online community network that gives users the freedom to personalize their profile, interact with other people with similar interests within the community, as well as lets them publish their own content– it’s basically Facebook from an older time.

It was on November 13, 1998, that theGlobe.com went public, which is also the day they also posted the largest first day gain of any IPO (Initial Public Offering) in history: hitting a 606% increase over the initial share price.

What Happened to theGlobe.com? 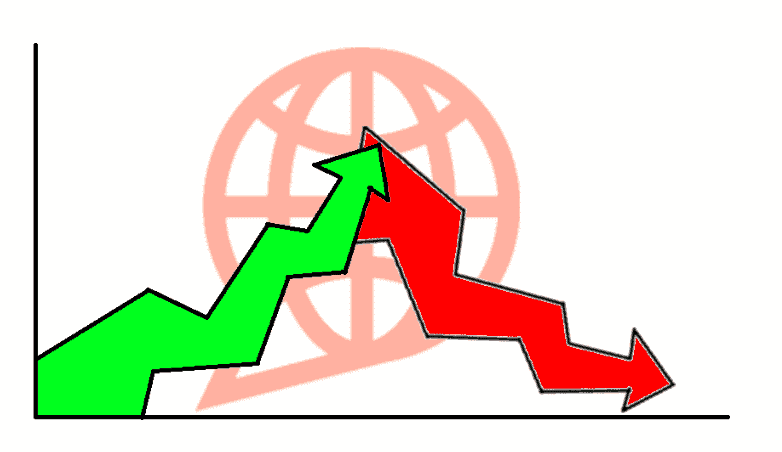 It all started when Stephan and Todd encountered a primitive chatroom on Cornell University’s computer network. Seeing the potential of it going international, both easily raised $15,000 over the 1994 Christmas break, which they then used to get an Apple Internet Server.

They then founded WebGenesis, a programming company, where they spent the rest of the following months programming their primary website: theGlobe.com. Finally, on April 1, 1995, theGlobe.com went live and attracted over 44,000 visits during the first month.

Everything went as planned, even readily recruited the talent from the Cornell computer science department as an addition to the team. By the time they reached their first anniversary, they had a total of 17 employees.

The popularity of the website was used together with the growing popularity of the internet in 1997, which helped them secure $20 million in financing through Dancing Bear Investments. Everything was utilized to its full extent and as a result, both Stephan and Todd received salaries in excess $100,000 and $500,000 revenues from preferred shares sales.

It was on November 13, 1998, that theGlobe.com issued its IPO with a target share stock price of $9. To everyone’s surprise, the first trade was at $84, even reached as high as $97 before it closes at $63.50. At this rate, the company had already set a record for the highest increase over the initial share price-- a whopping 606% increase to be exact.

If we were to base on their holdings, both Stephan and Todd were close to 100 million U.S. dollars each that time. Considering the fact that these guys were just 23 years old at the time is what makes it even more surprising.

theGlobe.com then expanded into gaming in the late ’90s and bought Computer Games magazine, happypuppy.com, and Chips and Bits.

Their success happened almost overnight, but their downfall happened even faster. Because in 1999, CNN filmed Stephan dancing on a table at a Manhattan night club on his vinyl pants with his girlfriend, Jennifer Medley. During which, he made a statement that turned the future of theGlobe.com south:

Got the girl. Got the money. Now, I’m ready to live a disgusting, frivolous life.

Needless to say, this affected theGlobe.com’s stock price negatively as investors grew increasingly skeptical. At this point, everything was going down, even the share price dropped heavily from a high of $97 to less than 10 cents. In the same sense, the market capitalization shrunk by more than 99%, down to around 4 million U.S. dollars in 2001.

The following year after the “CEO in the plastic pants” craze broke out, both Stephan and Todd were forced out of the company, with the former VP of the AICPA taking over. But even with Stephan and Todd out in the picture, the company was still having a hard time patching up the mess that was made.

The damage was so severe that they had to lay off 50% of their employees and even close their flagship site in August 2001. This means all they did was continue and host their partner sites, leaving theGlobe.com noting but informational messages about the site’s termination until 2003.

In 2000, theGlobe.com launched GloPhone, a VoIP service that works similar to Skype and used the main website as the product’s website. Even though they had teamed up with another popular social media website, Friendster, the reviews were still poor, so is the sales.

To make it even worse, a lawsuit was filed by Sprint Nextel for patent infringement. Fortunately, they were doing well with Computer Games. It was so well that they even expanded its print enterprise to include Now Playing magazine and MMO Games, which was released in 2005 and 2006, respectively… or at least that’s what they think…

Because theGlobe.com was sued under the CAN-SPAM Act, which is basically similar to anti-spam act law in California after they sent unsolicited messages to users of MySpace.com. This led theGlobe.com to eventually discontinue publication of said magazines as well as close the home page of Chips & Bits. The of GloPhone eventually ceased operations on March 13, 2007, leaving theGlobe.com nothing but an estimated federal judgment of $120 million.

theGlobe.com was running out of options at this point and acquired Tralliance Corporation on May 9, 2005. Since mid-2007, theGlobe.com redirects visitors to the home page of Tralliance.

Because of the fact that this makes it the only source of future revenue for theGlobe.com, they became a shell company with literally nothing but the earn-out from their agreement with Tralliance as their income.

After all these years, theGlobe.com still intends to continue as a public company by filing all the requisites under the Securities and Exchange Act of 1934 so as to stay public.

Seeing how Facebook had similar attacks with theGlobe.com as it went public, will Facebook fall just as hard in the future?

Mark Zuckerberg encountered similar if not the same problems as theGlobe.com but bad times are educational enough to give Mark a heads up.

...he’s completely validated what we were trying to do in the late ‘90’s, which was [to] prove that the big revolution with the internet is you could now live online, you could have a social network online, and that was the true transformation… we made a dent, but they really sort of busted through and changed it for everybody…

So, by the time he went Public with Facebook, he’s more than ready that he handled the situation outstandingly. Stephan even posted “congratulations” on Mark’s public Facebook wall for handling these problems effectively.