DASH7 defines the ISO standard for active radio frequency identification. It uses 433 MHz, a much lower frequency that travels further with less interference. It also uses less power and integrates RFID, providing a unique ID for every device. It may even be combined with Near Field Communications for remote payments via phone.

The DASH7 Alliance, formed in 2009, has more than 20 members, including the U.S. Department of Defense which is using it to track goods and troops. Commercial vendors are also adopting Dash7 for energy monitoring devices in the home.

Unlike low power Bluetooth or Zigbee, DASH7 can link through walls. Two DASH7- devices can link together when they are within 300 feet. Unlike most active RFID technologies, DASH7 supports tag-to-tag communications for wireless “mesh” networking. OpenTag is an open source library for the DASH7 standard.

Benefits of DASH7 include:

DASH7 is being developed for “smart” billboards and kiosks, as well as “smart” posters. License plates with embedded DASH7 RFID could be easily tracked. Ticketing, licensing, and passes can be deployed using flexible substrates and thin-film batteries that cost just a few bucks.

DASH7 is seen as a complement to Near Field Communications the technology that allows a cell phone to act as a charge card.

Near Field Communications has a range limited to a few inches and uses very low power transceivers at 13.56 MHz. Users of NFC phones in Asia and Europe simply bring their phones within a few inches of a turnstile or vending machine for near instantaneous transactions.

It automatically deducts the transaction from the balance held electronically in the phone. No PIN number required.

Both Near Field and DASH7 technologies can “co-exist” in the same silicon with only minor adjustments to the NFC silicon, says the DASH7 Alliance.

Money is becoming more mobile, explains NPR. But if your phone becomes your wallet, you don’t want to lose it.

Eliminating the need for an authenticating pin code could make NFC or DASH7 risky, say critics. Carrying more than one RFID/NFC authentication device has been proposed as a possible solution.

RFID-enabled cell phones are now available or under development for both the 13.56 and UHF (Gen-2) frequencies and market forecasts predict that up to 1 out of 2 phones in the future will be RFID-enabled, with the global emergence of RFID sensor networks anticipated. 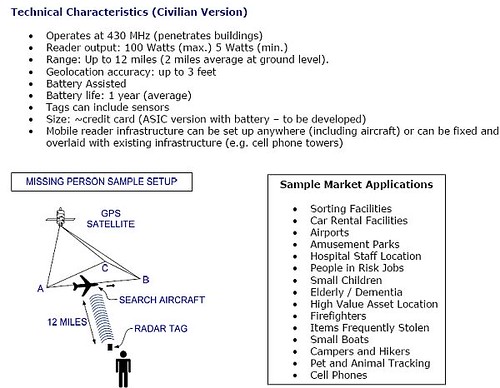