Technology leaders such as Microsoft and Google issued new complaints today about President Barack Obama’s government snooping overhauls along with new broad figures on the amount of data requests they receive from U.S. intelligence agencies.

Google today is shedding some light on their Foreign Intelligence Surveillance Act (FISA) requests. Until now, the U.S. Department of Justice opposed their efforts to publish statistics specifically about FISA requests.

Here’s the most recent data published today, from January to June of 2013.

CSPAN recently featured Author James Bamford, who has written three books about the National Security Agency, The Puzzle Palace, Body of Secrets, and The Shadow Factory. He has also written and co-produced a documentary on the NSA titled, The Spy Factory 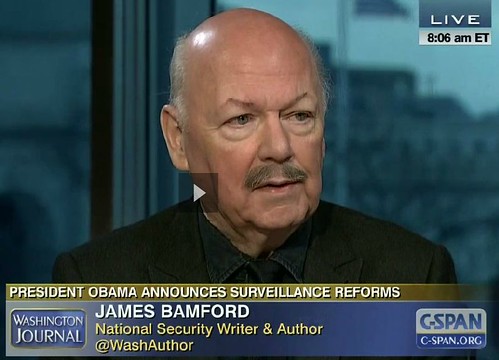 Bamford talks about the history of NSA spying, NSA whistleblower Edward Snowden, and the lawsuit brought against the agency by the Electronic Frontier Foundation at the National Press Club in Washington, DC.

NSA Director Keith Alexander has made several appearances at major hacker conferences in the United States and lead the agency into largest security breach in U.S. history.

A panel looking into U.S. electronic surveillance activities in the wake of the Edward Snowden revelations in December, 2013, recommended changes in the way the agency collects the telephone data of Americans, spies on foreign leaders and prepares for cyberattacks abroad, but did not propose a wholesale scaling back of domestic spying by the National Security Agency and other intelligence branches.

Senator Ron Wyden (D-OR), an outspoken critic of N.S.A. surveillance, noted that the report flatly declared that the phone-logging program had not been necessary in stopping terrorist attacks.

Director of National Intelligence James Clapper condemned Snowden’s actions as having done “huge, grave damage” to US intelligence capabilities, while lying to Congress.

Advanced EHF – Wait for It