Remember Google’s Tango, the augmented reality computing platform that was first developed by Google ATAP (Advanced Technology and Projects) in 2014? It’s been over a year now since they shut it down on March 1, 2018, and it’s still a shame to see such a promising technology to be added to the list of abandoned Google projects.

But what exactly is the reason why? Has Google given up on this project? Let’s take a look back at how it all started, how it affected the trend, as well as what can we expect in the future of AR.

What is Tango (Also known as Project Tango)?

Tango, formerly named “Project Tango” during its development, was an AR computing platform that works alongside sophisticated hardware components like accelerometer and gyroscope data including motion-sensor cameras and infrared cameras to track location and map images of its surroundings in real-time.

The idea is plain and simple: to make a mobile phone that utilizes Tango technology to revolutionize the way we see our immediate surroundings both physically and virtually.

The phone’s location and orientation in a 3D environment are tracked while keeping a virtual image of its surroundings at the same time. This opens the opportunity to create apps like in-store navigation, mapping utilities, measurement apps, presentation and design, and more.

Early Development and Stages of Tango 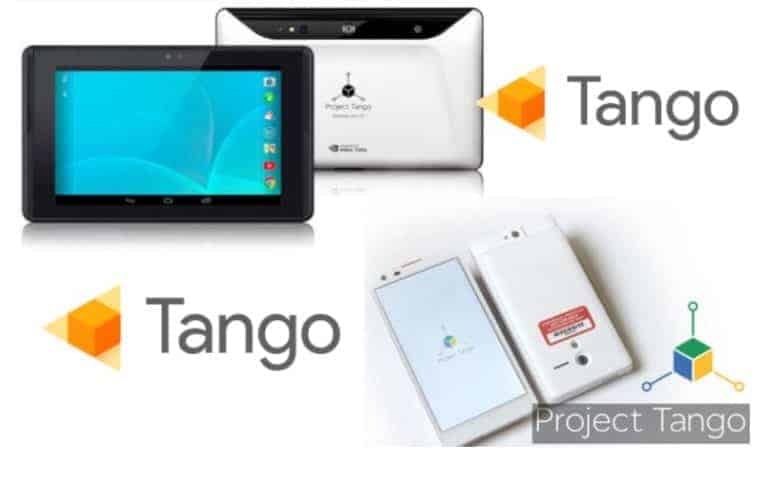 The first Tango device was the “Peanut” and was released in Q1 of 2014. This was an Android mobile phone that had a fisheye motion camera, a Movidius Vision processing units, an “RGB-IR” camera for color image and infrared depth detection. The accelerometer and the gyroscope were added only in later developments.

The device was distributed to plenty of researchers, specifically, universities in computer vision and robotics. Moreover, it was also distributed to app developers and other tech startups. The “Peanut” phone ended in September 2015, when Google evolved and supported newer Android versions.

After the “Peanut” phone, Google released the “Yellowstone”, which has better specifics in general.

It was on May 27, 2017, that Google officially stopped supporting the “Yellowstone”.

For the record, there were only 2 commercially available Tango devices. But there was the Dev Kit by Intel that was exclusively available for devs. 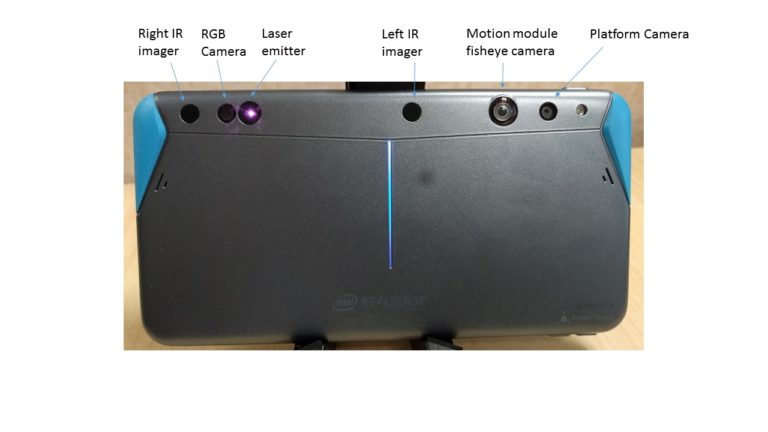 In August 2015, Intel announced that the Intel RealSense smartphone will be out by end of 2015, a Developer Kit that utilizes the Tango technology with a more sophisticated ZR300 camera, which also had optical features like fisheye camera, needed for Tango.

It was until January 2016 that they had started offering the device publicly to developers. It was also around the same time when the first commercial smartphone with the Tango tech was released, which we’ll talk about next.

Announced in 2016, launched in August and made available for purchase in the U.S. in November was the Lenovo Phab 2 Pro. This had a 6.4-inch screen with a Snapdragon 652 processor, 64GB of internal storage as well as 16MP rear camera paired with an 8MP front cam 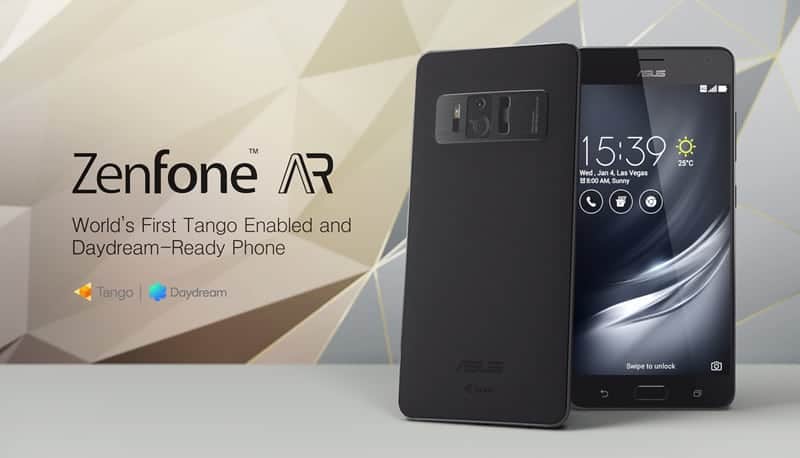 The following year, the second mobile phone with Tango tech was announced at CES 2017: the Asus Zenfone AR.

On top of Tango tech, it also ran Daydream VR, another Google project that focuses on virtual reality built into Android mobile OS. This time around, it was running on Snapdragon 821 with either 6GB or 8GB of RAM and a total of 256GB of internal memory.

What Happened to Tango?

Tango was so consistent with their update until March 1, 2018, when Google officially stated they’re finally shutting down the Tango platform for good. What happened?

The Lenovo Phab 2 Pro was expected to have backlashes since it was the first Tango device made available to the public. Issues range from poor battery life, bulky, to poor performance.

To top it all off, it was available in hardware stores instead of wireless carriers, which makes it even harder for consumers to even get their hands on the device. Without a user base to support and further the AR tech, the platform almost came to a halt.

Even with the release of the Asus ZenFone AR just three months after Lenovo Phab 2 Pro was released, it still didn’t make it to the spotlights. What’s worse is that consumers claimed all of Tango’s AR apps lack accuracy and calibration that it feels like they’re using demos.

This is why Google completely stopped production after the Asus Zenfone AR. However, this didn’t mean they stopped for good because Google is smart enough to shift their focus to another platform they’re working on. We’ll talk about this platform in detail shortly. 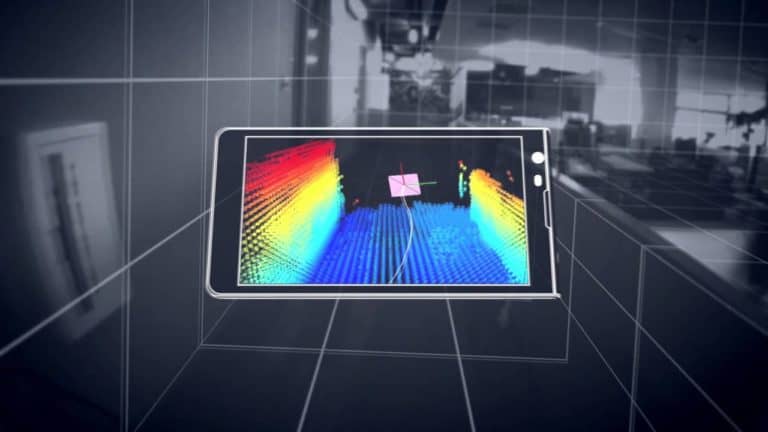 The arrival of Google Tango sparked endless possibilities for various industries. By blending virtual reality images with the physical world, the world as we knew it shifted to a more innovative and advanced future.

Businesses can deal with customers and also present business ideas to their clients in a more realistic way.

By combining virtual reality into our physical realm, it’s possible to attain a more immersive way of marketing when doing presentations or when proposing business ideas. Furthermore, realistic presentations can be delivered to customers, increasing the rate of potential sales or conversions.

Google Tango can also give you a rough estimate of actual things around you.

By pointing out the edges, you’ll be given an estimate of the object’s measurements and dimensions. It has to be noted that even though the results weren’t as accurate, it’s still good enough for most users at the time. And given its huge potential to improve and be more accurate in the future, this can be useful in plenty of things, especially in the engineering department.

With mobile phones becoming a necessity in our daily lives, we’ll likely replace tape measures and other forms of measurement with this kind of technology. It may not be in the next 10 years but there will be a time that this tech becomes the next big thing.

Since the device tracks not only it’s position in space but also records a detailed 3D environment, this opened the possibility to create custom apps like in-store navigation and mapping utilities to help customers navigate through a store.

With a device like this, you’ll be able to go around a store like you’ve been there for over a hundred times even though it’s your first time being there.

This device can reshape the household goods department, too. Aside from the fact that they’ll be able to better advertise their products through realistic presentations, customers can also use such a device to check whether or not the furniture will fit in a specific area or space.

This technology allows you to put a virtual image in your immediate surroundings so you can see via the screen if it fits or not. In-line with this, you can also put other items or living organisms and learn from it through texts and other interactable objects incorporated into the app.

AR tech also took gaming to the next level– take Pokemon Go as an example. Another good example is the game called Ingress, an augmented reality (AR) mobile game developed and published by Niantic for Android and iOS devices, where you interact with “portals” or real-world places and points of interest to capture and protect it from the opposing faction.

Why Google Dropped Tango and What’s The Future of AR 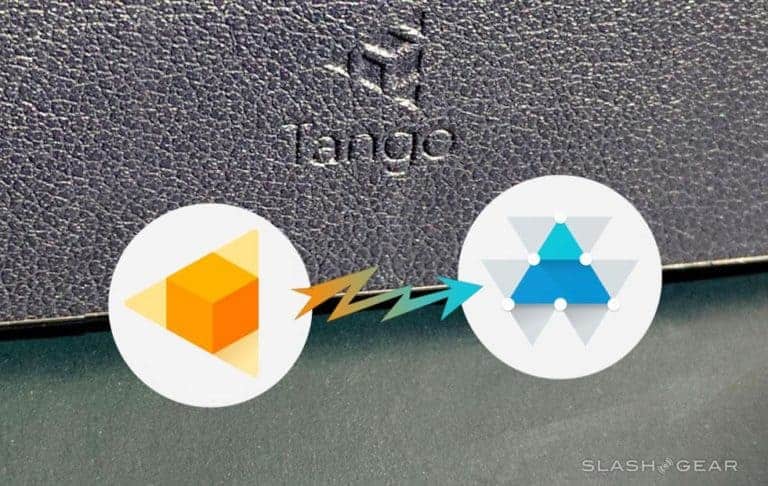 Google had a three-year headstart on Apple in augmented reality when they released Project Tango in 2014. But it seems it was more difficult than they originally anticipated. Not to mention the expensive hardware it needed to run and keep up with the advanced technology.

Even after over three years since they announced the Google AR platform, there were only 2 phones with Tango technology released: the Lenovo Phab 2 and the Asus ZenFone AR. At this point, Google knows there’s something wrong with the product that they had to do something… fast.

This is why they decided to put their efforts in Tango into something really promising: ARCore, a new set of SDK that has a new and improved Tango tech in it minus the expensive hardware requirement like the sensors.

Now you might be thinking that Tango is gone for good but it’s just actually being rebranded. Google AR/VR boss Clay Bavor even added:

Our goal with Tango was really to prove out the core technology and show the world that it’s possible. Obviously, others have started to invest in smartphone AR, our goal with Tango has always been to drive that capability into as many devices as possible.

It’s undeniable that there are plenty of people interested in Tango technology, but with the lack of devices that support it, it’s clear why they had to consider another approach.

With what it has gone through over the years, we’ll likely see a more efficient, more functional, and more refined version of AR tech from Google.