For now, the closest thing that we’re going to get to a real life wardrobe leading us into the world of Narnia is the virtual reality technology. Although it has started to gain mainstream popularity only in the last decade or so, the VR world has been around for a long time now. Of course, it was only a fraction of what it is now but even the idea of transporting into an entirely different place all the while being in the corner of your room, it didn’t take long before it started to sell. In this current day and age, the virtual reality technology is finding its home in more and more places and we couldn’t be more pleased. One of the many intuitive ways the world of VR was put to good use was through the Discovery VR.

What is Discovery VR?

Discovery is one of the many major companies to have gotten their feet wet in virtual reality. Driving curiosity, helping people explore and experiencing new things has always been in the Discovery agenda list. Add virtual reality to that and it makes a very interesting mix. Discovery VR is a downloadable VR app available for iOS and Android that can be experienced via Cardboard (VR).

From swimming in the deep waters with sharks, riding mountain bikes down dangerously thin paths, going on a safari in the African plains to simply walking down the streets of New York, the portfolio that Discovery VR entertains is enormous. And it is expanding even more. But is it really what people are looking for in this era? The answer is ‘probably not”.

At first, the content was quite limited and restricted to only what Discovery was best at- showing off nature. Despite that, just about everyone got behind the idea and those who had the equipment quickly jumped on board to try the Discovery VR. And the fact that it can be used without a VR headgear has its own charm. The Discovery VR quickly found itself being integrated in many applications for entertainment and work. It still has quite a lot to offer in the select few markets where the folks can benefit from it. Alas, its popularity decayed rather quickly due to the many problems that came with it.

The potentials of Discovery VR 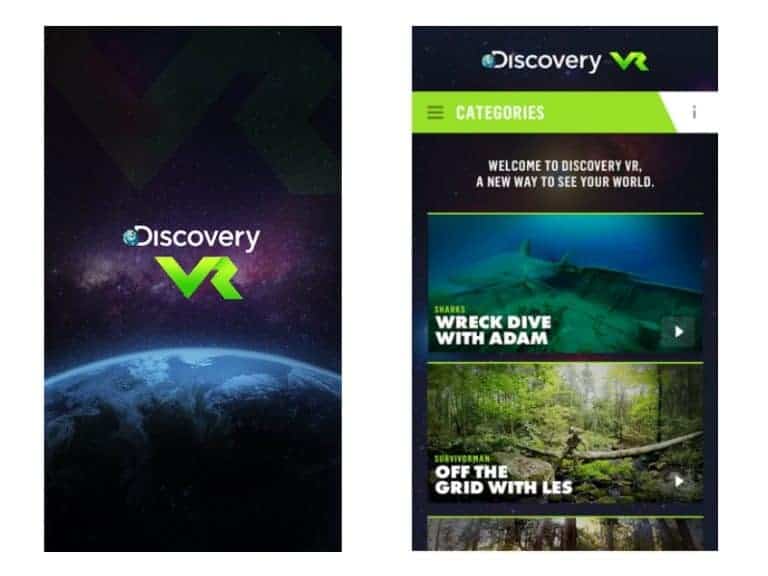 Just like Discovery, the Discovery app VR has always tried to find ways to pique people’s sense of excitement and adventure. But there’s more to that. The Discovery VR is not just being used in educational centres to deliver a new perspective to learning but also being used to familiarize deep sea divers with down under. This goes to show how wide of a platter the Discovery VR entertains.

Planning a trip to a totally new corner of the world but you’re not sure what to expect? Discovery VR has got you covered on that front as well. There are numerous 360 degree videos which you can watch and see for yourself what the fuss is all about. Or, you can simply use Discovery VR to shortlist or prioritize the list of places you want to visit based on how well your experience is in the virtual world. If you can think it, odds are Discovery VR has it in its bank to transport you to that place.

What happened to Discovery VR?

The VR world is moving incredibly fast and we’re seeing new things being implemented just about every day. The idea behind Discovery VR was great and it was quite easy to sell as well. Who isn’t familiar with Discovery in this day and age? Discovery VR is a promising take on the VR world and it has found its way in many different areas of use. As we stated earlier, even teachers are starting to use the Discovery VR app as they’ve come up with new and creative ways to make learning fun.

However, the Discovery VR soon found itself filled with bugs and outdated features that are just not what you need in the current market. With 360 degree viewing angles bumped up right to your face, you want a high-res video to fully enjoy the experience. Unfortunately, the Discovery VR has a lot of videos that have unbearably low resolution. If it’s not that, then you’ll be met with one of the many other bugs that have been around for a depressingly long time now. The downloaded videos often end up being only audio, the app seems to freeze a lot and more. The Discovery VR app has a lot of potential however, if updates and changes are not made then it may soon find itself in the ground.

How VR technology can change the TV industry

It’s hard to argue with the notion that the VR technology in its current state is far from perfect. But that’s not going to last long because the VR technology is gaining more popularity by the second. Cinemas are now distributing VR headsets for an immersive experience. Hospitals use soothing virtual environments to treat patients. HTC’s Rikard Steiber said that the VR world is where everyone can be a superhero. Who can say no to that?

Be it a soap opera or a documentary – telling a story that picks people’s interests is vital. A world with lightsabers and all sorts of crazy adventures can always be taken up a notch. A 360 degree surrealistic view of a news room isn’t going to bring about a whole new revolution however, the world of cinematography and thus the TV industry can end up with a profounding impact. Ghost in the Shell has a VR experience which folks can enjoy and that was made successful due to studios and directors backing it up. Sci-fi directors are quite open to the idea of transitioning into VR. Sure, the VR technology still has a lot of ground to cover but it definitely is the next step in having a much more immersive TV-like experience like none other.